Email ThisBlogThis!Share to TwitterShare to FacebookShare to Pinterest
Labels: Adoption

2018 was when the last abortion clinic closed. No doctor on Guam has been willing to perform abortions since then.

Official Guam Abortion Reports for 2008 to 2020 can be accessed here.

Number of Abortions on Guam 2008-2018
Comparing Teens to Adults

WHY THE PRO-ABORTS KEEP WINNING 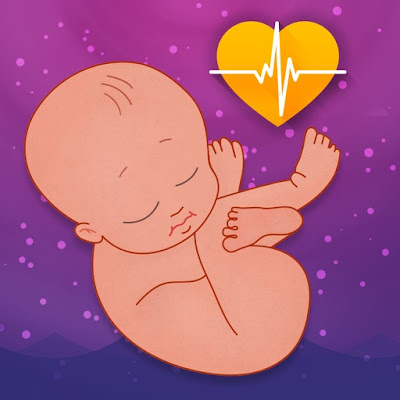 There is no such banner but it has become a mantra that works for "them." So the pro-aborts use it. And since most of the well-intentioned people on the anti-abortion side don't know how to respond, they revert to religious arguments such as "sanctity of life, etc."

It never works, which is why half a century later, we are still arguing about Roe while babies are being slaughtered - even with the help of our tax dollars - by the millions.

The sad fact is that almost every "church" which bears the label "christian" or the name of "Christ" permits abortion under certain circumstances.

As an example, consider this statement on the morality of abortion from the "American Baptists" -  perhaps the most conservative of all Christian denominations in the United States.

Read the statement in full here otherwise here is the key "doctrine:"

We also recognize that we are divided as to the proper witness of the church to the state regarding abortion. Many of our membership seek legal safeguards to protect unborn life. Many others advocate for and support family planning legislation, including legalized abortion as in the best interest of women in particular and society in general. Again, we have many points of view between these two positions. Consequently, we acknowledge the freedom of each individual to advocate for a public policy on abortion that reflects his or her beliefs.

In other words: "It's up to you" - whether or not it's moral to kill an innocent, helpless, defenseless human being.

Compare the Baptist statement to the hard doctrine of the Catholic Church (even though few pastors are courageous enough to still teach it):

2271 Since the first century the Church has affirmed the moral evil of every procured abortion. This teaching has not changed and remains unchangeable. Direct abortion, that is to say, abortion willed either as an end or a means, is gravely contrary to the moral law..."

In other words, pursuant to Catholic teaching, there is NEVER an exception and Catholics DO NOT get to make up their own "policy on abortion that reflects his or her beliefs." You are in or you're out. (And sadly, as polls demonstrate, many "Catholics" are OUT. See Pew Research: "Like U.S. adults overall, the majority of U.S. Catholics say abortion should be legal – at least in some cases."

There is nothing surprising about this. All non-Catholic "christian" traditions can trace their foundations to Martin Luther, who protested (thus "Protestantism") against the abuses of the Catholic Church hierarchy at the time. And while Luther was correct about those abuses, Luther did not work to resolve them.

Rather, Luther worked to create a new hierarchy of which he was the head, thus opening the door to create new "heads" for anyone who disagreed with anyone, and thus propagated tens of thousands of "christian" churches, of whose leadership essentially makes it up as they go along; and, as in the present case, fundamentally have no way to define doctrine other than to turn everything over to personal interpretation supposedly guided by the "holy spirit" - since that is exactly what "they" did.

So the pro-aborts win.

Our recommendation, i.e. The Esperansa Project, and especially given the confused leadership of even the Catholic Church, is to stay away from religious "leadership" altogether, and to fight for the rights of the unborn on a purely natural-law level:

When is it okay with you for one human to kill another?

Letter: It's not Guam teens that have been getting abortions

https://www.guampdn.com/story/opinion/readers/2021/04/06/letter-its-not-guam-teens-have-been-getting-abortions/7082277002/
A recent PDN story noted Gov. Lou Leon Guerrero’s online chat with someone from a group which calls itself Famalao’an Rights. According to the story, the group is a “reproductive justice initiative” and one of its focuses is “ensuring accurate, fact-based and data-driven information is being shared regarding social, economic and other implications on the lack of accessible abortion services within the island community.”
Perhaps Famalao’an Rights may want to share some of that “fact-based and data-driven information” with the governor, who apparently still believes that it is teenagers who are the problem.
“Parents should recognize their teenage children could be having sex and they need to be educated about what could happen. Parents should give their kids the means to prevent pregnancy with contraception,” said the governor.
The actual “fact-based and data-driven information” tells a different story. Abortion reports dating from 2008 to the present show that it isn’t teenagers who are getting abortions, but their parents.
In 2017, the last year Guam still had a full time abortionist, of the 239 reported abortions, only five were procured by teens while 172 abortions were procured by women 23 years and older, 21 of who were 38 years and older, or old enough to be the teen’s parents.
Tim Rohr is a resident of Agat.
By Esperansa Project at April 06, 2021 No comments:

Email ThisBlogThis!Share to TwitterShare to FacebookShare to Pinterest
Labels: Abortion on Guam, In the Media

Abortion debate is whether unborn baby has right to life

I did not like the April 4 news article, “Governor supports women’s reproductive rights.” I think the language used was misleading to the point of deceit.

The abortion debate is not going to be resolved by linguistic trickery designed to evade the central moral issue: “Does an unborn baby have a right to life?” Please avoid misleading euphemisms when reporting on this topic. Thank you.

Paul Zerzan is a resident of Barrigada.